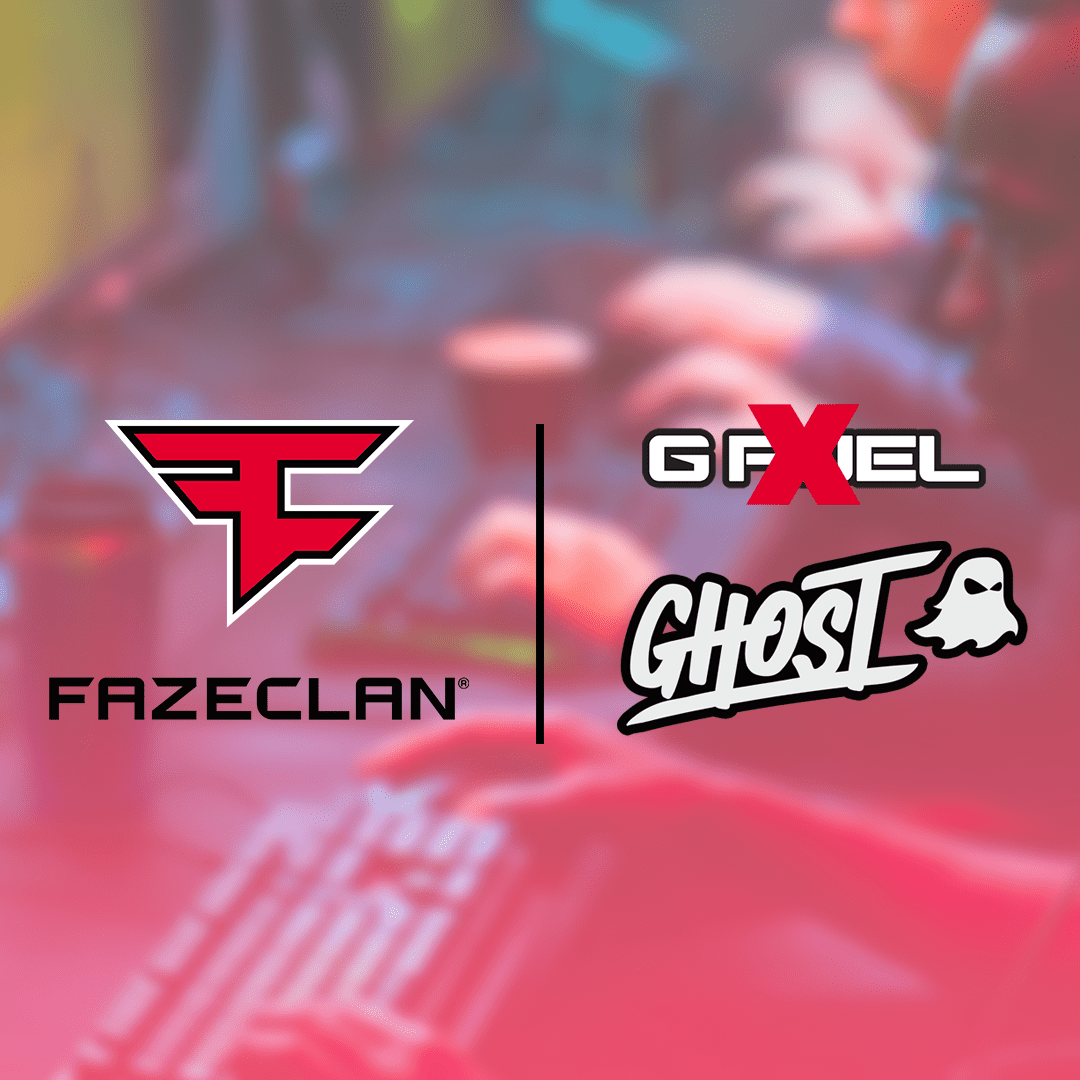 If you know competitive gaming, you know FaZe Clan. For over a decade, the collective of competitive gamers has dominated the YouTube and gaming scene. And for the last 10 years, their gaming sponsor has been G Fuel.

The two companies have grown alongside each other, with FaZe growing from a small team of individual gamers, into a gaming and vlogging empire and G Fuel launching an ever-growing array of energy drinks, including 2020's FaZeBerry flavor. Both companies grew successfully from the active sponsorship deal.

But in a surprise announcement on May 4th,their partnership has ended. FaZe Clan has announced via Twitter that they hav brought their relationship with G Fuel to a close. The news surprised many, as the two brands had been so closely linked for so long. The departure seemed amicable, with G Fuel wishing FaZe all the best in their future endeavors.

The following day saw a second announcement. FaZe was now partnering with GHOST. GHOST claims to be the world's first lifestyle sports nutrition brand on its website.

A Change of Direction

Like FaZe, GHOST represents a disruptive influence within its respective industry. The partnership between FaZe Clan and GHOST is a natural fit that will continue to push the envelope and inspire greatness within the gaming and sports communities alike.

While the initial announcement was met with surprise, in hindsight this may have been a long time coming. FaZe is no longer restrained within the boundary of competitive gaming and related YouTube videos. It has been many years since FaZe grew into a full-fledged media company with a record label, management agency, and content production studio.

Energy drinks are often associated with gamers. But with the diversifying of FaZe's interests, the need for an energ ydrink sponsor has diminished. While G Fuel will always hold a special place in the hearts of FaZe fans, the energy drinks maker and FaZe Clan may have outgrown the need for each other.

While the split marks the end of an era fo rFaZe, the partnership with GHOST is a logical next step for both brands. FaZe has often featured sporting contests and tests of strength within their YouTube videos, and GHOST's line of products is designed to support an active lifestyle.

The GHOST partnership will allow FaZe Clan to continue to explore new and innovative content outside of the traditional gaming space while remaining true to its roots.

Who is FaZe Clan?

FaZe Clan is a professional esports organization based in the United States for the rare few who aren't unaware. The organization was founded in 2010 by housemates Erick and Jeff Kaestner. FaZe started initially as a gaming clan on YouTube but has since transformed into a multi-platform media company. In addition to their competitive gaming teams, they also have a record label, management agency, and content production studio.

They are one of the most popular and successful esports organizations in the world, with a large following on social media and YouTube. FaZe has sponsored some of the biggest names in gaming, including Turner "Tfue" Tenney and Brendan "PlayerUnknown" Greene.

"As long-time fans of FaZe, we are beyond excited and honored to partner with the whole organization," says Daniel Lourenco, Co-Founder and CEO of GHOST."

What is G Fuel?

G Fuel is an energy drink company that was founded in 2004. The company sells a variety of energy drinks and gaming supplements and apparel. G Fuel's target market is gamers and people who lead active lifestyles. Their core customer tends to be younger, Gen Z gamers.

The company has provided gaming sponsorships for several professional gaming teams and events, including the Electronic Sports League (ESL). G Fuel was also the official energy drink of the Call of Duty World League in the past before being replaced by Mountain Dew Game Fuel.

GHOST is a lifestyle sports nutrition brand that was founded in 2016. The company makes a range of sports supplements, including protein powders and pre-workout formulas. GHOST's target market is people who lead active lifestyles. Having seen the rise in popularity of gaming, GHOST made the move to capture some of the gaming space by launching a GHOST Gamer product line.

The company has sponsored several professional athletes and teams, including the UFC fighter Conor McGregor. "Our goal with this partnership is to propel GHOST as a household name within gaming and youth culture by giving our fans access to their range of sports nutrition and active lifestyle products," said Adam Bauer, SVP of partnerships at FaZe Clan.

GHOSTs plans to use FaZe Clan's global reach to grow its brand awareness. This is a partnership that will benefit both brands greatly.

Plans for the new partnership

It was a different time, back in 2012, when FaZe Clan and G Fuel came together to great their now historic gaming sponsorship agreement. Now, in 2022, in an age of increasing awareness around mental and physical health, it is perhaps fitting that FaZe has opted to move to a lifestyle sports nutrition brand for future support. FaZe has always been quick to spot an opportunity, and they will no doubt continue to be a trend setter within the gaming community.

As for what the future holds for this new partnership, only time will tell. But with two such forward-thinking brands coming together, it is sure to be an exciting ride.

GHOST was featured on FaZe1: The Warehouse as an official sponsor. The show live-streamed a 24/7 experience in which influencers from around the world competed for the opportunity to become the newest member of FaZe Clan, with a sign-up bonus of $1 million in cryptocurrency from Moonpay.

Originally planned to run from the 1st to the 20th of May, the show was delayed thanks to Covid-19. Check out who joins the team live on the FaZe twitch channel on Thursday, May 26th.